‘One of a limited number of Senior Circuit specialists outside London with a recognised big money ancillary relief practice. 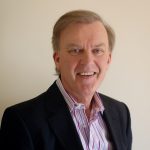 Known for his knowledge and ability in this area of the law and his detailed preparation and attention to his brief. Counsel without any sense of arrogance who is well respected for his reassuring manner and his professional relationships with his clients and a willingness to tenaciously argue a case whoever the tribunal. Recorder ticketed for over 27 years to sit on family cases. A married man with 4 children and an independent school governor. Author of several published articles and the source of regular updating bulletins in ancillary relief to his instructing solicitors and local judiciary’.

“Ashley has now uniquely on the Northern Circuit completed over 2 decades of being consistently placed year by year in Band 1 as Matrimonial Finance Counsel by both of the National Professional Legal Directories: Chambers and Partners 2022 and Legal 500 2022.”

Strengths: “Ashley is an absolute pleasure to deal with: always thoroughly prepared, his bedside manner puts clients immediately at ease and his knowledge of the law is second to none.”  “He has meticulous preparation and his attention to detail is phenomenal.  He has such a good grasp of the law; if he says something, judges will go with it.” – 2022, Chambers and Partners

“A smooth advocate who is well regarded by the judiciary in the North West.” – 2020, Chambers and Partners

“He puts clients at ease and his explanations of the law are magnificent.  He provides an all-round outstanding service.” – 2020, Chambers and Partners

“A Godfather of the northern circuit for matrimonial finance.  Superb, one of the most experienced high net worth ancillary relief experts in the North West.” – 2020, Legal 500

“Extremely thorough and never leaves a stone unturned in his preparation and advocacy.  A class act.” – 2019, Chambers and Partners

“Ashley of Ashley Murray Chambers, continues to enjoy a reputation as one of the Northern Circuit’s most experienced practitioners in financial remedy proceedings. He focuses his practice on high net worth cases.”  – 2014, Chambers and Partners Counsel Directory

“His knowledge of the law is first-class. He is probably the most experienced counsel on the circuit and his reputation precedes him.” “An erudite and persuasive advocate who deals with complex financial cases conscientiously and sensitively. A real star of the Merseyside Family Bar.” – 2014, Chambers and Partners Counsel Directory

“Widely regarded as a leading figure for financial proceedings on the Northern Circuit” – 2013, Chambers and Partners

“Band 1 – Ashley Murray is experienced in big money cases and is regularly instructed in financial provision cases.  Something of a “detail merchant” sources recommend his analytical skills.  He is “a top choice for complex papers and difficult issues.” – Chambers and Partners 2011 – Family Law – Legal Experts 2010.

“Ashley Murray – a senior barrister with a wealth of experience.  He is known to be “meticulous and reliable in all he does.” – Chambers & Partners, 2009.

‘‘Good advocate and firm negotiator’, Ashley Murray concentrates on high net worth ancillary relief matters and keeps opposing counsel on their toes by ’spending a lot of time on his cases’’ – Chambers & Partners, 2008.

“Liverpool houses two of the longest-serving family counsel on the circuit.  “Good advocate and firm negotiator” Ashley Murray concentrates on high net worth ancillary relief matters and keeps opposing counsels on their toes by “spending a lot of time on his cases.”” – Chambers, 2008

“ASHLEY MURRAY is recommended for Ancillary Relief and who ‘must be the best prepared barrister on the Circuit.” – Legal 500, 2006

“He really prepares to within an inch of his life, leaves no stone unturned and is wonderful for it.  He’s an absolute safe pair of hands and a solid practitioner.” – Expertise

“The conduct and expertise displayed by Mr Murray in the courtroom were outstanding.  Not only did he argue the case well, but he was very current with new law.” – Expertise